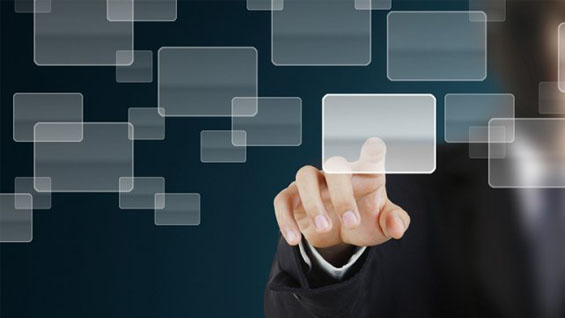 In an industry already littered with acronyms, let’s throw another one into the mix – “UA”, or in its unabbreviated form, User Acceptance.

As with any other software implementation, one of the key contributing factors to a successful PLM project, and subsequent level of ROI, is the ease of which the new technology is adopted into the user community. The new technology should be perceived by the day-to-day users to enhance their productivity, and specifically in our industry, be seen to lessen their administrative responsibilities, thus freeing up more time for creativity.

Without this “user acceptance” the project runs the risk of being seen as an ‘inhibiter’ rather than an ‘enhancer’. If the user community do not fully embrace PLM as a necessity to their day-to-day responsibilities it becomes shunned for more traditional means of collaboration and product management, thus making it redundant and ROI is significantly reduced.

This is arguably even more important to the European market where the designer/buyer is the lifeblood of the business and therefore has a greater say in the choice of PLM selected, as opposed to other regions in world that tend take a more top – down approach at a more strategic level with less input from the end users.

There are many ways to increase user acceptance levels, ranging from inclusion in the selection process to dedicated in-house project management. However, most of these solutions fall to the company investing rather the company providing. Should not a portion of this responsibility be placed on the shoulders of the provider? If nothing else, a solution to this problem surely gives them a competitive advantage.

One of the simplest ways to ensure user acceptance is the “user-friendliness” of the application. But unfortunately this seems to be the one area that is often overlooked by suppliers. It is my feeling that they get so caught up in the race to provide more and more, in-depth functionality and business process coverage than their competitors that they often forget the fact that someone eventually has to be able to intuitively use the system. Of course the system is ‘useable’ and fulfils its purpose, but this is by dedicated employees of the provider whose full time job is to know it and use it. They forget that the end users of the company investing, well, their full time job is to keep ahead of trends, design products, produce collections and get their produce to market on time – NOT spend hours learning and keeping up to date with PLM software.

There is arguably the notion that most users only use a small portion of the full application in their job role and modular based systems with limited access rights combat this problem, but with “defined” roles often differing across organisations this is not always as clear cut as it is intended. Add to the equation “joining the dots of the supply chain” – one of the key differentiators and benefits of the next generation of PLM systems, as opposed to PDM system. Foreign suppliers whose first language is not that of the master company, and who will no doubt be faced with multiple PLM’s from different clients, will be faced with a steeper learning curve still with systems that are not at the optimum level of intuitiveness.

So what’s the answer?

Well, I’ll give you a clue – it’s a very similar acronym to my newly invented ‘UA’.

‘UI’, or User Interface if you please. Sounds simple? That’s the beauty of it.

In terms of PLM, we as an industry are used to looking to other industries for inspiration. After all PDM/PLM started in the aerospace sector. We have looked to fellow manufacturing industries for the concept but seem to have overlooked the industry that supplies the platform of PLM – the Internet.

In the early days of the Internet there were many search engines ready to help you in your quest for information. Now there is one that dominates the market place thanks to its impossibly simple yet functional interface – Google. A simple white screen with a single search box. It is the epitome of intuitive functionality. The rise of Facebook and other Web 2.0 applications, prove that the intuitiveness of a clean, simple UI, appeals to the widest audience and almost guarantees its use.

Having said that, some players in the retail PLM market seem to have embraced the concept of intuitive and consistent UI better than others. As a general rule, these tend to be those with origins in the fashion/retail industry – after all, they understand that we are people that are drawn to the fashion industry because we “get off” on things looking good (not to mention the fact that some of us creative types can also be prone to “technophobia”). Of course there are exceptions to the rule, but as a whole, suppliers seem to underestimate the importance of applications that, to put it bluntly, look sexy and are a joy rather than a hindrance to use.

To illustrate my point, I recently spent time with an organisation that were evaluating a new system, deliberating between a choice of two that had made it to the final of their selection process. On the one hand they had a system that was extremely powerful and more “future proof”, but unfortunately had been developed by “techies” with little regard for the UI. On the other was a system that relied on an antiquated platform and method of use that limited the functionality and scope. However the UI was vastly superior to that of its competitor. So too, was the price. At over 50% more cost, it was not only the most expensive but also the most limited of the choices. But who do you think the customer selected? That’s right, they choose the system with the most intuitive and best looking UI. It gave the illusion of being more modern and therefore superior – a system that would be easily adopted by their user community. And do you know what the argument was, coming from the mouth of the project leader? – “I can’t possibly present the other solution to the board as the next generation and be taken seriously”

Not only does an enhanced UI improve the user acceptance within the investing company, but PLM providers (and other enterprise level software providers for that matter) need to recognise it as a crucial factor in gaining a competitive advantage, rather than a secondary that is swept under the proverbial rug in favour of a blinkered focus on functionality.

With a background in fashion design, Jo has worked with many international retail and apparel companies, implementing solutions to help them work more efficiently to develop products.

She has a detailed understanding of the apparel product development process and the supporting systems including PLM, PDM, CAD and 3D garment design.

...it's an apparel thing